On Windows 11, the setting is called “Taskbar corner overflow.” It’s located under Personalization → Taskbar, in the Settings app. 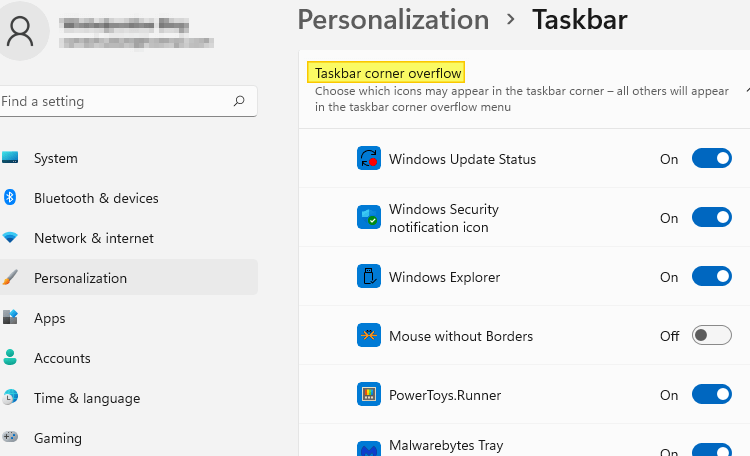 This article describes how to clear the past and current items list in the Customize Notifications dialog in Windows. Information and the script here apply to all versions of Windows, including Windows 10 and Windows 11.

How to Clear Customize Notifications Icons in Windows

Here is a VBScript (for Windows Vista, 7, 8, 10, and 11) that clears the customize notification icons for you.

The Windows shell is the graphical user interface for the Microsoft Windows operating system. Its primary elements consist of the desktop, the taskbar, and the Start menu.

This clears your customize notification tray icons in the Taskbar in all versions of Windows, including Windows 11.

25 thoughts on “How to Clear Customize Notifications (System Tray) Icons in Windows?”